The end of the war naturally also brought a drastic change of fate for many Solingen companies. The devastating bombardments of the city on 4th and 5th of November, 1944, not only killed 1,700 people*, but also large parts of the blade industry.

The company’s headquarters on Mangenberger Street do not appear to have been affected by the destruction though, as the house is still standing today.

However, since all known straight razors of the family business originate from the pre-war period, Willy Broch – although officially continuing the company after the death of his father – seemed to primarily devote himself to other projects. The fact that safety razors, and later-on dry shaving, became affordable for the masses after WW2, and the classic razor gradually got out of fashion, supports this assumption. Thus, in the Solingen address books of the post-war period, the company no longer appeared under the categoy “Straight Razors”, but merely under “Cutting Goods”.

The re-orientation of the post-war period

So far, only a few real existing objects are known that can be assigned to the immediate post-war work of Willy Broch. One is a pair of hair scissors that I was able to buy in September of 2017. Although the scissors are heavily tapped, residues of a plastic coating on the scissor legs and eyes, which has a tortoiseshell-like pattern, can still be seen. The reference to the straight razors by Emil Broch is obvious here. The scissors’ shield bears the engraving “Kain-Abel Regd. Solingen”. So Willy Broch used the registered brand name for at least a while longer. How many scissors Willy Broch produced in the post-war period under the best-known brand name of his father is not known. However, since the scissors in my possession are the only object I could find in the years of my research, it is more likely to be a small number of production.

The second obvious post-war object is a Kain-Abel razor I’ve recently seen on the internet, coming from a visibly different era than any other razor of that brand. The razor with a plastic handle is designed so that it can be inserted into a plastic shell for additional protection. On the black insert cover, the words “Kain + Abel Extra Hollow Ground” are written. The likewise black razor grip carries no label. Its thickened end (which protrudes from the cover after it was inserted) bears two white or ivory colored cross stripes. The words “Kain + Abel Hollow Ground” are also imprinted or etched on the round-headed blade. Due to the significantly different design, I have attributed this razor to Willy Broch’s postwar work.**

As a third known post-war object, a recently spotted weekdays-set of seven razors can be assumed. The design of these seven straight razors is comparable to the ones made by Emil Broch, but also differs significantly from them, because metal inlays are attached to both ends of the handle, and the blade is designed rather unusually. The handle is made of mother-of-pearl-like celluloid and is adorned by the inscription SOLINGEN, its two end inlays look metallic and have colored fillings. In the recently spotted Sunday variant of this set, this color is green, but another, unfortunately very poorly dissolved photo which I discovered years ago, shows two razors from this set, one of which also adorns a red inlay. The blade is etched (Sunday: red) with an ornament and the lettering SOLINGEN, flanked by two coats of arms – that of the knife-making guild and one bearing the image of a blacksmith. The blade’s back is also ornamented and bears the engraving SUNDAY (for the six other specimens, of course, the English names of the other days of the week). Finally, Kain-Abel Red. Solingen is engraved on the tang.***

Another proof of the company’s realignment is a patent for a new type of multi-purpose scissors, which Willy Broch applied for at the German Patent Office on April 24th, 1956. Remarkably, Broch did apply a patent for these scissors at the United States Patent Office as well, two months later, but he directly passed the rights to the Company H. A. Pohle Co., Inc. in West Warwick, Rhode Island.****

The patent was registered in Germany on August 2, 1956 and in the USA on May 21, 1957. However, it is not known whether these scissors have ever actually been produced, especially since the company Pohle in Rhode Island does not seem to exist anymore.*****

The company is last mentioned in Solingen’s address book of 1961. After that, Willy Broch appears to have finally retired from the cutting goods business. He died on August 31, 1979.
Finally, it can be noted that the straight razor factory of Emil and Willy Broch had their great heyday “between the wars”. In other words, the company – certainly not the only one in Solingen – owes its rise to the First, and its demise to the Second World War.

* According to the current state of my research, it is conceivable that Emil’s twin sister Selma also lost her life during the bombardments. At least the time of her death suggests this presumption.

** In my further research, I came across a nearly identical REGILO straight razor that even exists in two different designs – white and black. I therefore assume that the manufacturer of the Regilo razors had been commissioned by Willy Broch to produce this specific Kain-Abel razor. After a long search, I finally found out that the company Grah & Ohliger, based in Solingen-Wald at the time, was the manufacturer of the Regilo razors – and thus possibly also manufactured the aforementioned razor for Willy Broch.

*** Again, I continued my research, and in an old auction I found a weekdays razor set from the Solingen manufacturer Dovo, where the end inlay shape is almost identical to that on the Kain-Abel version, only that this inlay is supplemented by a circle with the little Dovo manikin, where a crown can be seen on the Kain-Abel version. The still existing and razor-producing company Dovo could not ultimately confirm to me that they had produced this razor set for Willy Broch, but I think this assumption seems at least plausible. Another possible manufacturer of these weekdays razors may have been the company Carl Friedrich Ern, which also used the aforementioned end intarsia with a crown in its Crown & Sword razors. But for good, the origin of this postwar work will presumably never be clarified.

**** Exactly when Broch came into contact with the company Pohle is unknown. But I found out the following:
According to U.S. immigration papers, a man named Willy Broch travelled from Hamburg to New York on the SS New York, on September 30, 1936. Several details in the paper suggest that this was our Willy Broch:
1.) As a profession, merchant is indicated.
2.) The specified age of 32 nearly fits Willy’s birth date on Dezember 1, 1904. It’s possible that the age of immigrants was rounded in these papers.
3.) The birthplace is Höhscheid (before the Solingen incorporation), and the last known place of residence is given as Solingen. These two specs fit exactly as well.
For this reason I assume that Willy Broch was looking for contacts and sales sources in the USA from 1936 on. That he had already made contact with the company Pohle in Rhode Island at this time is at least conceivable.
How long Willy Broch stayed in America is also unknown. However, the passenger list only includes non-immigrant passengers. Therefore, it was probably just a short-term business trip.

***** In fact, I have not been able to obtain any information about H.A. Pohle Co., Inc. from West Warwick at all. Therefore, I can only assume the following:
According to the American censuses of 1935 and 1940, a German engineer named Hans A. Pohle lived in neighboring Warwick. He had emigrated from Berlin to Rhode Island with his wife and father in July of 1931 – shortly before Hitler came to power. (Perhaps Pohle’s last name was one reason.)
He initially worked in the gas supply business and seems to have been quite successful, because an article by him appeared in a magazine of the American Gas Association as early as 1932. Judging by name equality and the immediate neighbourhood, he may have been the founder of the aforementioned company. However, as I already mentioned, this is only a presumption. 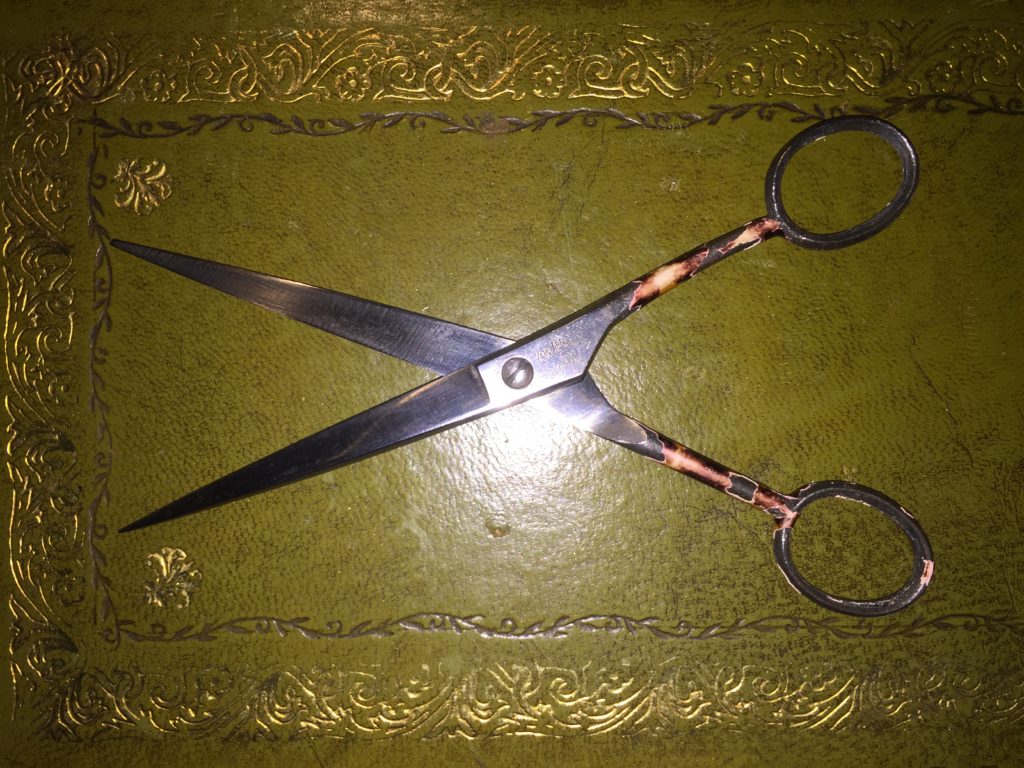